SEW-EURODRIVE has installed a new assembly line for its new 9-series gearboxes. To design the assembly line to the precise production requirements of the gearbox, the company used Bosch Rexroth’s MTPro planning and design software from Tectra Automation.

Called the Great Fish River, this U-shape cell is the first assembly line of its kind at SEW-EURODRIVE’s Johannesburg factory. Given the small size of the gearbox, a supermarket was implemented inside the line from which the housings, gears and other parts are picked before assembly begins.

“As our first experience using MTPro, the solution made it easy to assess what the finished line would look like and whether our idea was feasible, highlighting where adjustments were necessary. It also enabled us to construct an accurate budget and assisted with purchasing the required products from Tectra Automation.”

Tectra Automation’s aluminium extrusions were used to build the conveyor and racks. In addition, Tectra Automation supplied the pneumatic system, lighting and information boards of the line.

Any future extensions and adjustments to the Great Fish River line will also be designed with MTPro. 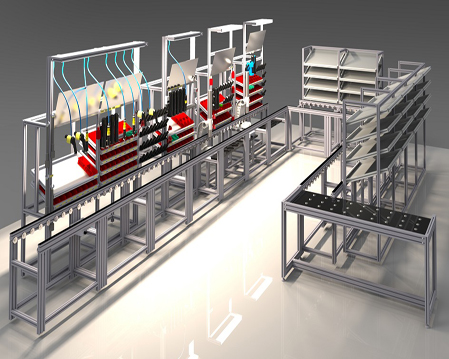 The final rendering of the new line, created with the MTPro design software. 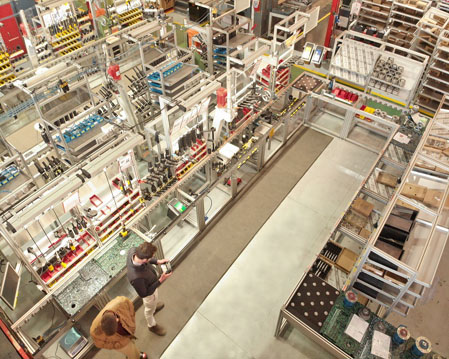 Lean production brought to life! The Great Fish River line is optimised for the assembly of a new gearbox series.

To find out more speak to Tectra Automation’s assembly technology division or call +27 11 971 9400
We use cookies to improve your experience on our website. By using our site you agree to Cookies Policy
Agree Dismiss