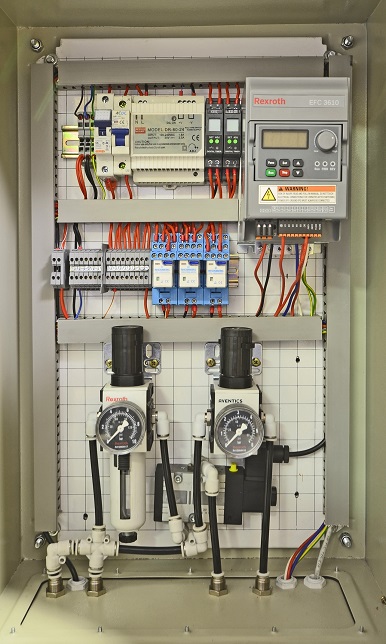 Tectra Automation recently designed and supplied the Tectra 650™ automatic tin spraying system for Bakesure Ingredient Suppliers – Africa’s leading baking ingredients and solutions provider. After a tenuous search for an automation supplier that could fulfil its requirements, Bakesure turned to Tectra Automation as the only company that was able to supply all components for the system, including its unique Bosch Rexroth Variable Speed Drive (VSD) with specialised sequencing specifications.

Bakesure required an automatic tin spraying system for its baking plant in Johannesburg. The Tectra 650™ is a stationed system that sprays 650 of the company’s baking trays per hour with its new Cake-lease spray releasing agent, as the manual application process was costing the company valuable time. Tectra Automation, with its sole distributorship of Bosch Rexroth in southern Africa, was able to design and supply the unique Tectra 650™ system in just six months.

The supplied solution included all components, including: frames, Bosch Rexroth VSD, DC motor, control panel and the actual spraying equipment. “All the components on the Tectra 650™ work towards a common goal: the easy and quick application of cake-releasing agent on the baking trays,” comments Joseph Ngungu, Mechatronics Technician, Tectra Automation.

The motor rotates the tin while the timers measure and monitor the number of tin rotations. After this, the actual spraying starts. Each tin is sprayed for one second and after that the machine automatically stops. “Thanks to the logic relays deployed in this system, this whole process is activated, stopped and controlled by a single push of a button,” adds Ngungu.

Tectra Automation opted for the adaptable Bosch Rexroth VSD as its one of the only drives on the market that can be seamlessly integrated with a non-Bosch Rexroth DC motor, in addition to its logic relays and timers. “The drive’s adaptability and ease of use is well-suited to the fast pace of the bakery. And when it is set with the right parameters, it will ensure the fast and simple spraying of the releasing agent after every bake,” concludes Ngungu.

The Tectra 650™ automatic tin spraying system was delivered to Bakesure’s Johannesburg-based factory in May 2017. 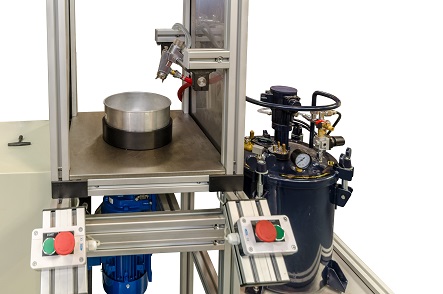